The best Stevie’s in the world

2020 was a different kind of year and we all know why.

Honestly, we have no clue how to feel about this year. We know it was challenging for almost everyone, lots of loss, lots of daily struggles, lots of hard work and of course, wave after wave of lockdowns and Brexit is actually going to happen with a deal.

Thanks, Boris. What would we do without you, huh?

PS – kidding, we know everything is for our own safety. Or is it!? ?

Maybe all the conspiracies are true, what if the vaccine really doesn’t work, maybe there is a handful of evil people trying to rule the world ?

Anyway, until we find out the real answers, we will return to business as (covid) usual, and today we are giving a short tribute to the best Stevie’s out there. The ones we know of at least. ?

Born on the 13th of May 1950 in Saginaw, Michigan, Stevland Hardaway Morris, professionally known as Stevie Wonder is known worldwide as a singer, songwriter and musician. Wonder has sold more than 100 million records worldwide, won 22 Grammy Awards, was known as a big activist in the 1980s and as of 2009, he was the United Nations Messenger of Peace. 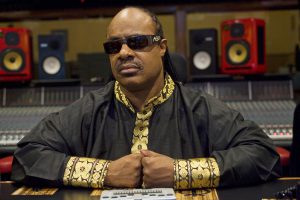 Blind shortly after his birth, Wonder was a child prodigy, signing his first contract at age 11. At age 13, his single “Fingertips” was a number one hit on the Billboard Hot 100.  Stevie is considered one of the greatest musicians of all time, a pioneer and influence to musicians of different genres including pop, R&B, soul, funk, etc.

After reading all of his accomplishments, we cannot stop asking ourselves how some people are able to accomplish so much in life? Is it their education or is it something in their genes?

Our biggest accomplishment by the age of 11 was probably learning how to cook eggs without setting the house on fire, although it was a close call! And I think I used to be pretty good at maths equations. ?

Ahh, not sure what you think but he is one of our favourite characters of all time. 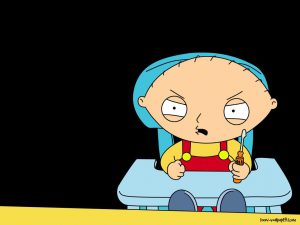 Although not as famous as the first Stevie mentioned or as popular as his dad, Peter, Stevie Griffin is a fictional character from the incredibly famous TV show, Family Guy.

Created and voiced by Seth MacFarlane, Stevie is a bit of an unusual child. Acting like an adult, initially, he was mostly preoccupied with violence, world domination and possibly matricide. Although all these obsessions never really materialized into anything serious, Stevie is funny, entertaining and his maleficient plans to rule the world are ingenious.

As the show developed, his violent personality toned down, and he became more of a flamboyant youngster, to put it simply.

Although his father Peter is considered the main character of the series, Stevie is considered to be the show’s breakout character and he has received numerous awards since his first appearance in 1999.

If you read this and think Stevie is your favourite, we have some unfortunate news for you, his name isn’t Stevie but Stewie Griffin. Got ya!!

Alright, enough evil toddlers for today, let’s actually talk about a real character (and a real Stevie) that impacted the world we live in. 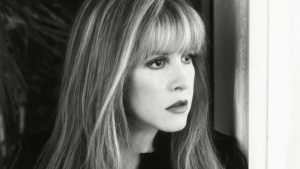 Stephanie Lynn Nicks, professionally known as Stevie Nicks was born on May 26 1948 in Phoenix, Arizona.

Known for her distinctive voice, symbolic lyrics and mystical stage persona, she is a singer-songwriter known both for her solo career and for her work with the famous British-American rock band, Fleetwood Mac.

Rumours, the band’s second album after Stevie joined in 1975, sold more than 40 million copies worldwide, becoming one of the best selling albums of all time. The album also won The Grammy Award for Album of the year in 1978.

6 years later, she launched her solo career, with her first studio album Bella Donna topping the Billboard in 2000, reaching multiplatinum status. As of today, she has released 8 solo albums and was named one of the 100 Greatest Songwriters of all time and the only woman to be included twice in the Rock and Roll Hall of Fame, as a member of Fleetwood Mac in 1998 and as a solo artist in 2019. 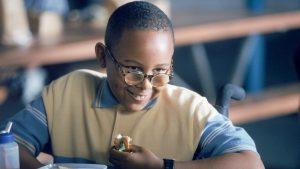 For some of us not so familiar with this TV show, the series follows a dysfunctional, working-class family with the lead role Malcolm, a genius kid with an IQ of 165, placed in a class for gifted students.

Coming back to our hero, Stevie, as we mention he is Malcolm’s best friend and a classmate.

Stevie is disabled, with a missing lung and asthma, but he rarely complains about this issue nor does he let it get in his way. Exceptionally smart, calm and generally happy, Stevie has also a sarcastic side which is often displayed through the episodes.

He made it to our list due to his sarcasm, his will to accomplish things despite odds being against him and for setting an example for the ones around. If you do watch the show, just bear with him because he’s talking quite slow.

Born on October 3, 1954, Stevie Vaughan was an American musician, singer and songwriter best known as the guitarist and the frontman for the blues-rock band Double Trouble. 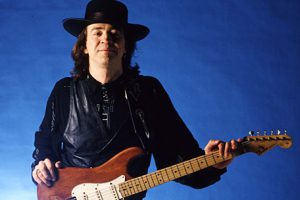 Throughout his short career, he won 6 out of 12 nominations for the Grammy Awards and Vaughan was one of the first inductees into the Austin Music Hall of Fame. His noticeable albums are “Texas Flood” and “Couldn’t stand the weather“, both receiving the title “Album of the Year” at Austin Music Awards, in 1983 and 1984.

His mainstream career was quite short compared with others in the industry, however, despite this, Stevie Ray is considered to be one of the greatest guitarists of all time and one of the most iconic and influential musicians in the history of blues music.

Throughout his career, he revived the blues-rock and paved the way for many artists. His work is still an inspiration for many artists such as Kenny Wayne Shepperd, Mike McCready or John Mayer.

On August 27, 1990, Vaughan and members of Eric Clapton‘s touring entourage played an all-star encore jam session at Alpine Valley Music Theatre in Alpine Valley Resort in East Troy, Wisconsin. They then left for Midway International Airport in Chicago in a Bell 206B helicopter, the most common way for acts to enter and exit the venue, as there is only one road in and out, heavily used by fans.

The helicopter crashed into a nearby ski hill shortly after takeoff. Vaughan and the four others on board died instantly.

Vaughan’s funeral service was held on August 31, 1990, at Laurel Land Cemetery in Dallas, Texas. His wooden casket quickly became adorned with bouquets of flowers. An estimated 3,000 mourners joined a procession led by a white hearse.

Stevie is a leaf-tailed gecko and part of the crown from the former ruler of Madagascar, King Julien XIII used to wear. 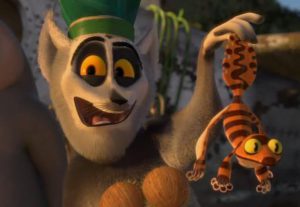 And if this still does not ring a bell for you, King Julien is part of the 2005 comedy film named Madagascar. Voiced by Sacha Baron Cohen, who got the voice from an Indian lawyer he used while trying not to incite a riot in the US.

A small, orange, leaf-tailed gecko, Stevie was designated part of King Julien’s crown, a position which Stevie was pleased by.

Like all geckos of his kind, Stevie was orange with dark brown stripes, a cream underbelly, spotted digits, a flat tail with notches and yellow eyes, which he would lick with his tongue from time to time.

He made our list because he’s absolutely hilarious and he was made King in Madagascar 2… he’s so naughty!

If you are looking for a fun time, HAVE a look at this epic rap battle between Stevie Wonder and Wonder Woman. Just thought to throw this here, since one of them made it on our list.

If you are looking for a fun game to play, then HAVE a look at our recently launched Robbie’s Piano Music Tiles Brain Trainer ?

News, updates and interesting gaming stuff on our social media ?

HAVE us on social

Made by Original People